Finished up my unit of 6 Ironguts for round two! 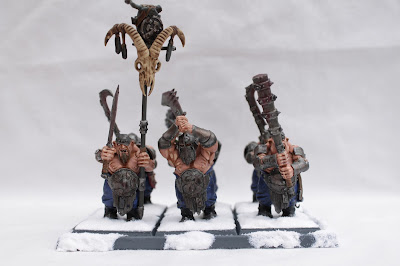 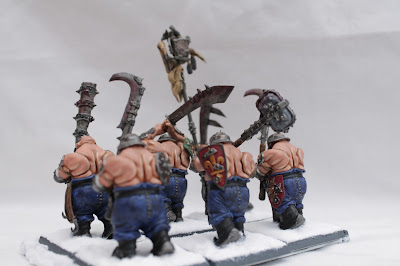 Email ThisBlogThis!Share to TwitterShare to FacebookShare to Pinterest
Labels: Angryhatter, complete, Ogres, Tale of Painters, Tale of the Gamers

One month into phase 2 and it seems I am blessed as some kind of seer or prophet. Not only have I failed to paint any more ogres, I have so far watched 13 series of law and order, 2 series of suits and 3 series of walking dead in an attempt to avoid two models that have me terrified to put paint to.

Butchers....  Ogre bulls and ironguts are so detail-free and simple to complete that I have become very complacent, the detail on the butcher models came as a huge shock and has sent me reeling. Once I'd greenstuffed them and got them undercoated I froze and did everything I could think of to avoid working on them. Here they are in all their glory: 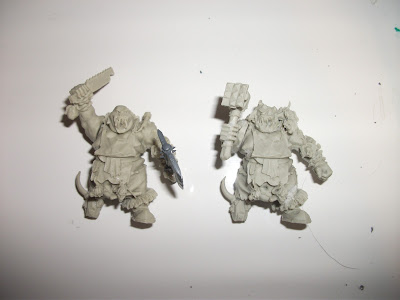 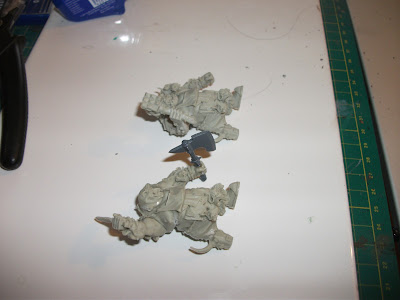 Once these were built and undercoated the tv marathon began. Next I spent several days reminiscing about my larping adventures and scowering the internet looking for a costume for this years gathering. A "friend" of mine at the club, one Kenny Wilson then lured me with pretty words and gifts of plastic to start work on an isengard army for LOTR SBG...bastard!! See below: 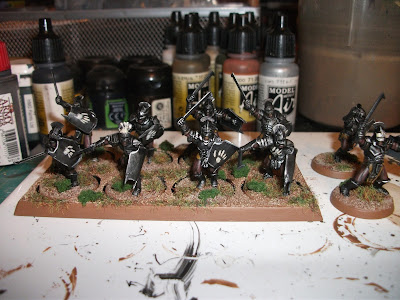 I was lucky enough to be invited to join some friends at the club for a friendly doubles battle where I played the ogre part, I was even supplied the ogres by the most generous Paul Makin. This let me get a feel for the fatties on the table and also afforded me the chance to check out his painted butcher model. Once I'd seen it with colours on I was far less intimidated and more confident I could at least complete them as well as his.... effort :P

Back to the table I dashed, sat down and was sent scuttling away with my tail between my legs once more. I'm sure Paul must have got a different model!!

More procrastination, 5 series of Castle, the new series of Supernatural, the Big Bang Theory... the list goes on.

So today I decided that I'd reach into my girlfriends handbag and retrieve my balls. (She's in hospital so can't stop me) Balls in hand I set out to paint me some ogre!! and have managed to throw down the basecoat of the flesh on these two bad boys. Until I can finally unveil them I will leave you with a couple of pics of the whole painted force as it stands: 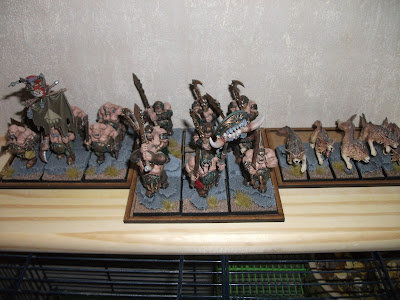 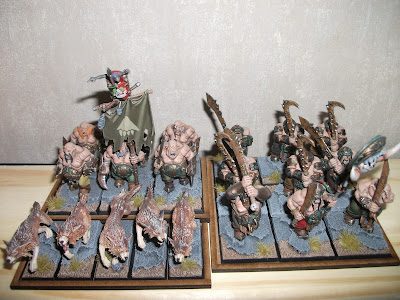 Sorry for the lengthy bollocks, please let me know if I should cut the chatter and just provide pics ;)
Posted by Shane at 08:56 No comments:

As I said in my last post, I've made a start on the second phase of the tale of many painters. This may have been a little bit of an understatement. I have managed in the first five days of this phase to paint enough to cover the required 350pts for the whole two months. Although this has taken the pressure off me it has also... taken the pressure off!! so even though I'm eager to continue working on them, there is a little niggling worry at the back of my head that with the absence of pressure I'll fall back into my pattern of procrastination. Fingers crossed nothing new and shiny will catch my attention. 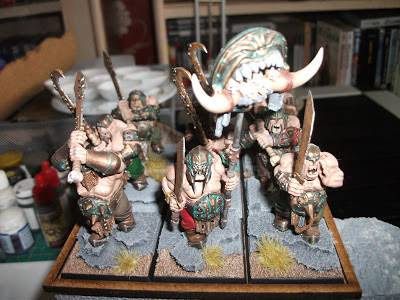 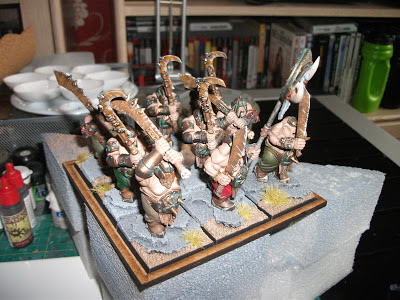 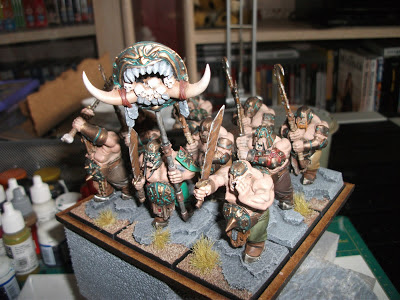 Sabretusks (These will be fielding individually not as a unit) 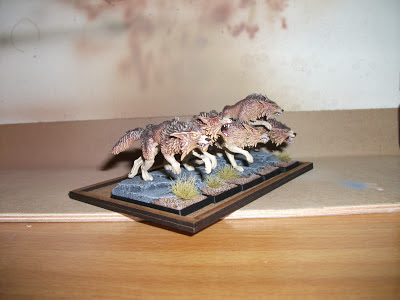 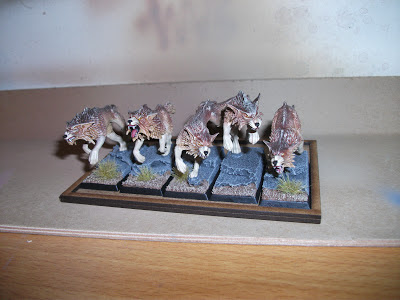 As always folks, I'd love to hear what you have to say :)

So it's the end of February and that means the end of stage 1 of the tale of many painters. I've completely dropped my Night Goblins from the project now as I'm enthralled by the mountains of manboobs that are my ogres.

Because of the late start on the ogre front I expected to fail this part and be chasing to catch up through the year, however, ogres are expensive points wise! I managed quite easily. Here is a pic of my month 1 contribution: 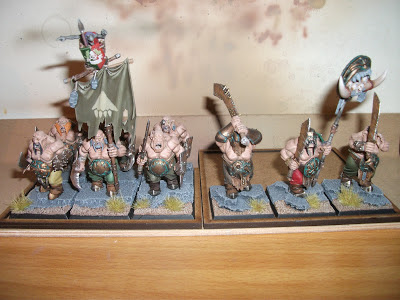 Expect a lot more in the next installment as I've already made quite a start on it.

Put the finishing touches to my first 5 Immortals and their Night Scythe. 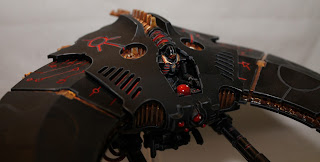 Can check out more photos over on my site HERE.

Hope you like it, and look forward to everyone else's progress updates. :)
Posted by Angryhatter at 13:13 4 comments:

Email ThisBlogThis!Share to TwitterShare to FacebookShare to Pinterest
Labels: Angryhatter, complete, Necrons, Tale of Painters, Tale of the Gamers

Any of you Painters still alive?

Shane and Angry I know your still alive.....

What about the others involved in this Blog?
Posted by Skaltar at 13:37 2 comments:

I finished up the Necron Warriors just in time for the deadline last night and got to photographing tonight.
Here they are: 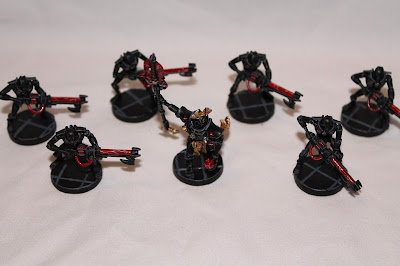 An open Tale of the gamers blog that links all our efforts to get a 1.5K army built. Feel free to join in at any point and we will link your site to our blog and show any progress you have made! Check out the rules here Skaltar - Founding member (His idea!) Marts - Blog sorter!

Not want to get involved with the tale of the gamers.... not to worry - feel free to join our bloggers network. Click here to find out how to join.